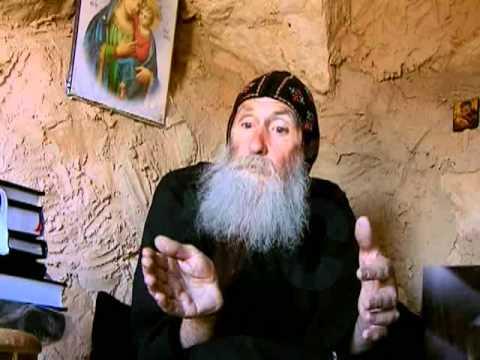 The bible has 2 answers to all of your questions. One answer is the law and the other is Grace. You can live by either law or grace.

I want to tell you the story of how God told me that I will let you live by Grace.

Saint Paul was so worried about this “How can I live by the Law?”
I was outside the law in 1989 I was not Christian. 15 years ago I was pagan not just atheist but I was aggressive against Jesus. I was teaching Philosophy I took 3 books one was about a man who lived out in the mountain and then came down and taught people. The Second book was the story of Christian. The third one was the Gospel of St Luke. I used to osay that Jesus was a carpenter he was a nobody he lost the body. Who would choose Jesus. He was a loser. In whatever course I taught I didn’t let a moment go by without saying that Jesus was weak he was a loser.

Any morals I taught anything you want is good if you want it take it. As much as your desire is that is what you should do. This was all my philosophy. Then I was teaching in Australia and my pa living in Tanznami. My father called me to let me know that my mother was very sick. He called after a week and said she is not beter I said change the doctor. At this moment he called again and then told me that she is dying.

Mom would write me a letter every week to my sister. My sister would read it first and then give it to me. I would not read it. When my father told me tha tseh was dying I couldn’t accept it. He told me I need to come. None of the philosophy I knew answered the concept of death . I went there the doctor wanted to give her morphine and she refused bc it would make her sleep. She stayed with the pain of the cancer. In order to see me; and then she took it and went into a coma. HTen all these people came to see my mother. I was bothered by this bc I didn’t understand why they came. I asked one man as to why he came we find out that every day she was going to some house to somebody who needs her. Taught someone to read who could n’t read. My father and I never knew. I ddin’t understand why it happened; she had

People came to me and said don’t worry your mother will go to heaven. I told them I don’t want your heaven and I spit on them. After some time my sister was less sad and father was less sad. For me the sadness never went away. I kept asking myself why don’t I have a mother I want a mother. I couldn’t understand why my mother was taken away. My sister told me I need to leave. I went into the hospital to try to find peace. They told me I cannot go in the room because

The seventh story Mountain. Found book in the library. Was the story of an American monk who was a philosophy teacher; left wing in politics. His mother died; this book was my life exactly just changed from Austrailia to America. I kept reading it and reading it. I stayed there all night reading the book. At the end this man went to a monstary and became a monk. I still didn’t belive in Christianity.

I had disbelief and sadness; I was in complete darkness of mind and heart. I thought he found the answer in the monastaery. He was like me down to the every detail I read.

So the next day I opened the telephone book and called the first Roman Catholic monastery. Told him I want to become a monk. What church do you go to. What is your father of confession? I told him I don’t have any.

Caled another one it was a Serbian Orthodox monastery. He told me to come and see. It was Saturday They came from the church and they were burying their day. Every Saturday they go and visit the dead. As if they are visitng the person who is still alive. There was a man and a woman visiting their daughter that died in a car crash talking to her as if she is still alive. I thought maybe I can talk to my mother like this; as if it was magic.

Then I went to the church to pray to Saint Mary. It was a wonderworking Church I found out. There was someone whose wife was sick and that the priest prayed to to saint mary all day and night; deacons wiould come and go . Everyone that enters the church would make 3 metanias infront of st mary

So I was staindig there and thinking do I do a metania?  I went to the icon last I was alone in front of the icon and I did the first metania and touch my head on the floor and stand up did the second wone and when I bend down I start to feel that I am putting myself in a small position; lonely week. Just like a fetus in the room it is all closed up. Makes you like a baby – weak. Forget that you are a grown up. Bc you will always be a baby before God. You need Him. It was like I crashed through a barrier from self reliance to recognition of need. I recognized that I need Him. I called her Mary these people tell me that you are the mother of God  I don’t have a mother. I need a mother (speaking from heart and starting to cry) I heard a voice behind my head. She said “ I will be your mother.” I thought one of the servants saw me crying and came to comfort me. So I look ot the side and no one was there. So I felt a cold shiver going through me I kneeled down and the second time I heard “I will be your mother” then I looked up and she came out of the icon standing in front of me smiling wit her eyes shining and said “I will be your mother” iw as lost in love and I never saw anything so beautiful in my whole life. All the pain that was there for the whole year was gone. Then I could see her smiling with such a smile. Then I did the 3rd metania . After that I couldn’t leave that place. After the prayer was finsished I told the bishop I wanted to stay. I told my sister I am not coming home anymore. She was very a ngry wit hme. I wrote a letter to the university and resigned my job. Send the papers here and I would grade them and send them back.

After 2 months the bishop said to me You don’t know anything. I don’t know how to pray what the bible is. I don’t know God at all didn’t consider him divine. I was just in love with St mary. He told me he wants me to to go to Europe to see Orthodoxy in the ancient way. He sent me to the Serbian Orthodox there was a war involving the Croatian, I was in the middle of the war and I wasn’t happy. I ddin’t make any progress at all so I wwent to the monastery and on the wall was st mary and the other was jesus. I was standing there looking and there was some writing. I asked what the writing was. They said “Saint mary says to Jesus. My son, 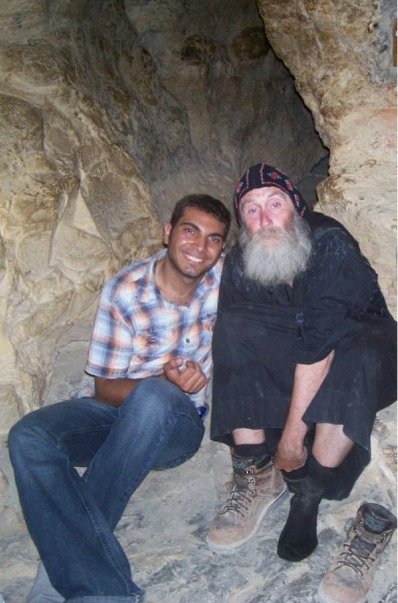 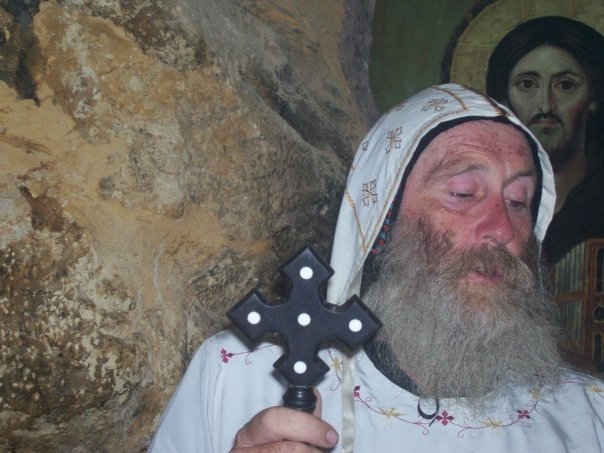 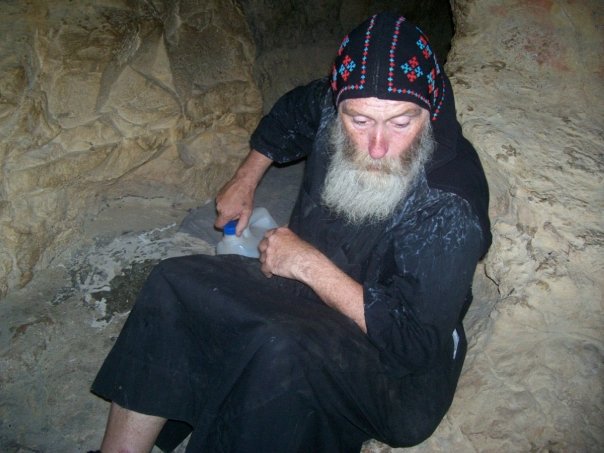 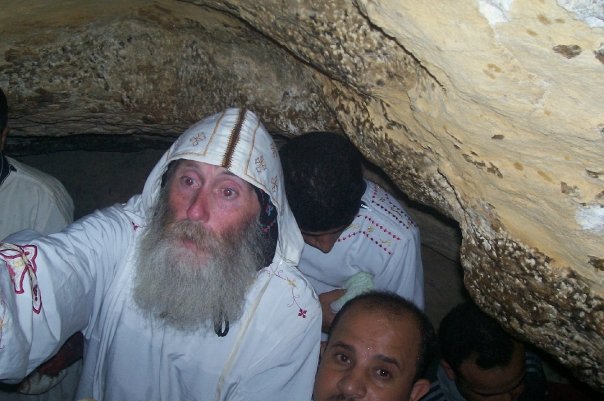 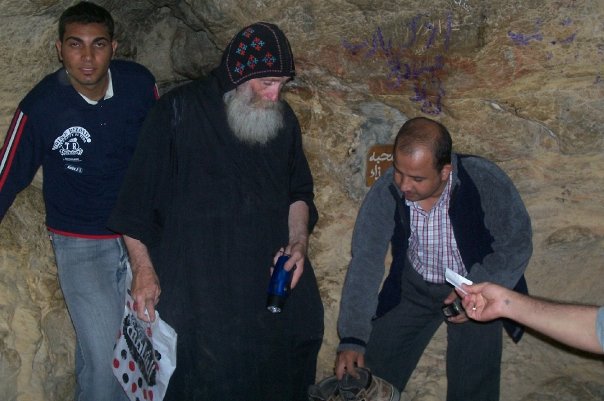 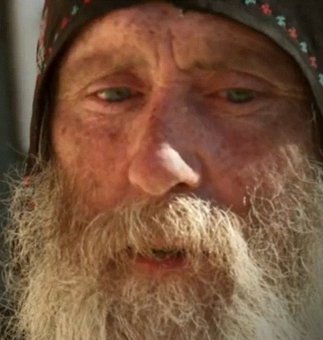